PCOS is known as polycystic ovarian syndrome which is a common health problem among women of reproductive age.

This is an endocrine system disorder that affects women in reproductive years. In PCOS small fluid-filled sacs develop on the ovaries. This causes irregular menstrual cycle and excess masculine pattern hair growth and if untreated it can lead to infertility.

Even though PCOS itself is not life-threatening, those who have it are at higher risk of conditions such as type 2 diabetes and cardiovascular problems.

As per modern medicine the treatment given for PCOS are birth control pills that can only regularise the period and do not provide the complete cure but with Homoeopathic treatment permanent cure of PCOS is possible.

If a female is diagnosed with PCOS by maintaining her lifestyle and with proper diet and Homeopathic medicine she can be cured.

Pathophysiology or general understanding of the pattern of PCOD 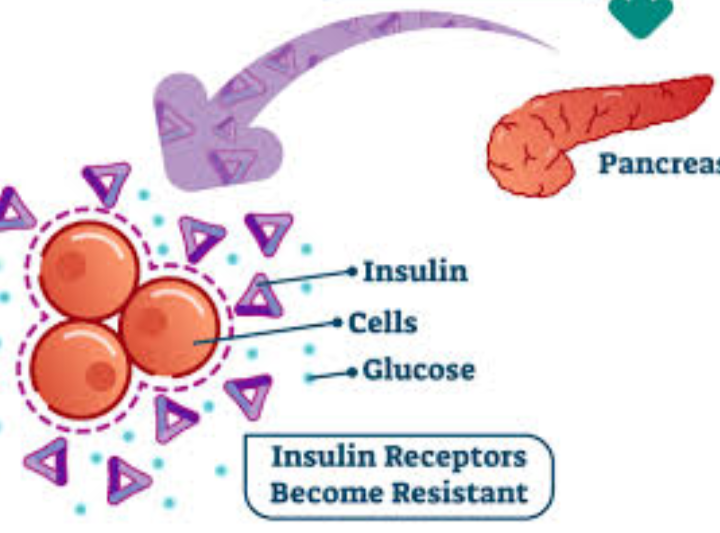 In patients with fee PCOS may have insulin resistance that means cells of the body fail to respond to insulin hormone to take up glucose for the use of energy; because of nonusage of glucose for energy there occurs storage of glucose resulting in weight gain.

Ultimately the excess production of insulin in the body will cause the overproduction of androgen in the ovary; this leads to anovulation. 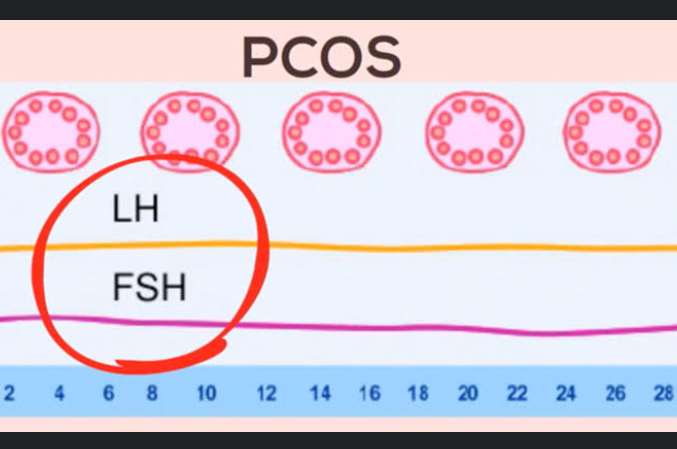 Furthermore, the two main pituitary hormones that produce major changes in the body are LH hormone and FSH hormone these hormones are essential for reproduction LH secretes androgen substrates which are converted to testosterone and estrogen.

FSH stimulates the ovarian follicle to allow the maturation of the egg before release. Fsh and LH are in balance to avoid the complication.

Normally during the beginning of the menstrual cycle, FSH is higher than an LH, however, in PCOS it is reversed.

Initially, there is an increased level of LH which produces an excess of androgen substrates which elevates testosterone levels that are associated with the excess body and facial hair.

Similarly, with decreased levels of FSH, ovaries are not stimulated adequately for the maturation of eggs and eventually, no ovulation cycle appears. This is the reason women with PCOS have difficulty in conceiving and irregular menstrual cycle.

Researchers believe that stress and environmental factors including diet exercise and pollution may play a role.

But in Homoeopathic prescribing, the emotional cause is considered.

For PCOS the emotional cause is the loss conflict, where the female has a fear of losing her loved ones, fear of losing something or someone which is very valuable to her, like these days females are very much career-oriented, and if there is fear of losing their career they might develop ovarian cysts.

Similarly, in cases of recurrent abortion females may develop cysts. 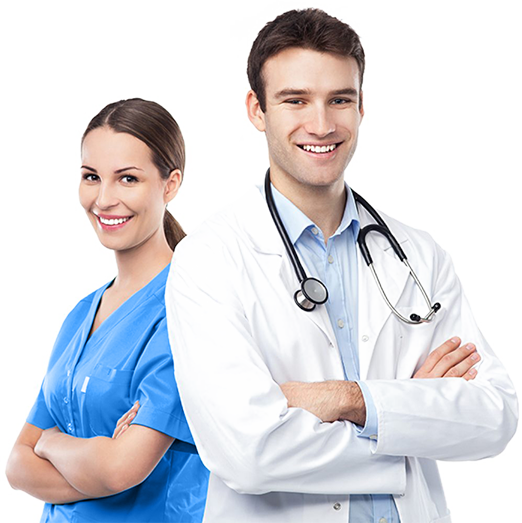 Why People Love Us

My son started showing bronchitis symptoms when he has entered 3 year. I started allopathic medicines for my son. These medicine overcome the symtoms for 2 -3 weeks then again he used to be down with fever, cough and cold along with khasi. I changed th

We conveyed our message through our Sir , during his last visit to Bhilai. Dr.  its a remarkable change which we received from your medicine. Its practically one year that we are feeling relief after taking your medicines.Always there was fear tha

Hi I was i menstrual cycle problem since a year and was not fully cured by any medicine…. now i have started my medication by Dr. Sudha Tripathi I have been fully cured within 6 months n i m out of all my problems now. M happy to get good

Thank You for Your Homeopathy Treatment and Consulatation.

18+ Years of experience in Homeopathy Treatment.